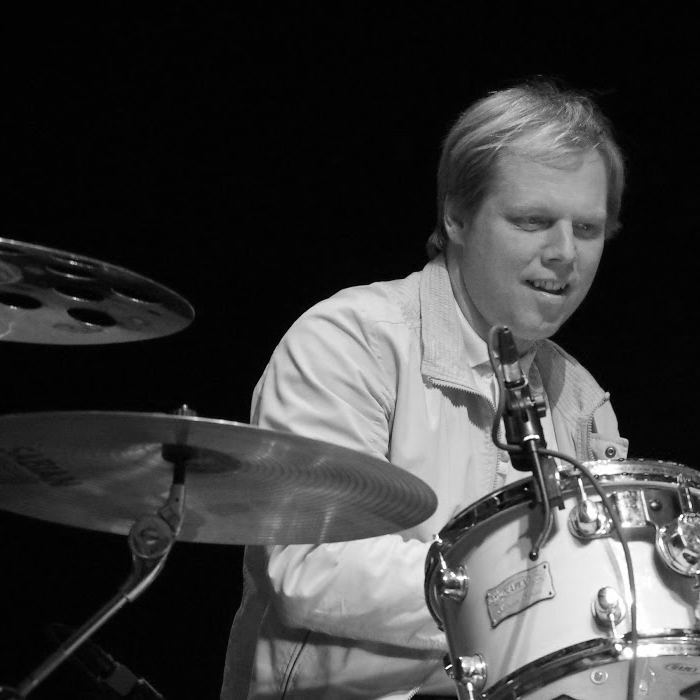 Percussionist and jazz musician Aivar Vassiljev was born on 11 December 1971 in Otepää, Estonia. He studied classical percussions in Tartu H. Eller Musical College in 1990-1994 (teachers Raivo Rebane and Margus Tammemägi). He completed his master classes in Finland (in 2000 in Markku Ounaskar’s jazz ensemble) and in Estonia (Brian Melvin music course in 2002 and Thomas Jimeno D. Cuban music courses in 2003 and 2004).

His musical activities and the interest in jazz music began when playing in a dixieland band in Tartu School no 10 in 1992. He played in the symphony orchestra of “Vanemuine” theatre in 1992–1994. In 1995, he settled in Tallinn and began playing in the symphony orchestra of the Estonian National Opera, was active in Police Brass Band, started playing with double bassist Toivo Unt. He’s been teaching rhythmics and pop-jazz percussions in Tallinn G. Ots Music College since 2004. He has performed together with ensembles, including New York Voices, and lots of musicians from the US (Ted Curson, Leroy Jones, Larry Price, Ron Maclure, Chip Shelton, Joe Lee Wilson, Bob Ferrel, Vinnie Cutro), Canada (Alan Matheson, Nick “The Brownman” Ali), Russia (Georgi Garanjan, Gasan Bagirov, David Goloshtshokin), Finland (Mika Myllari, Atro “Wade” Mikkola, Lasse Hirvi), and other countries (including Deniss Pashkevich, Viktors Ritovs, Andris Grunte from Latvia, Mina Agossi from France, Önder Focan from Turkey, Frans Wieringa from the Netherlands, Mark Isaacs from Australia, Ryo Kawasaki from Japan). He has participated in many festivals in Estonia, Europe, Russia, and Canada.

As a versatile musician, he cultivated mainstream, groove and latino jazz. He has also played with the XXI Century Orchestra of the Musical Theatre in musicals like “Oliver”, “The King and I”, “La Cage aux Folles”, “Tanz der Vampire”, “Les Miserables”, “No, No Nanette”, “Sugar”, “Hello Dolly”, and collaborated in Russel Adamson’s jazz ballets “In the Mood with Duke” in 1999, “At Still Point” in 2000, “Black and White” in 2003, “Night and Day” in 2004 in the Estonian National Opera. With his own record label AVRecords, he has produced 11 CDs and 3 DVDs, he has been a co-member in TV, theatre, and film projects.