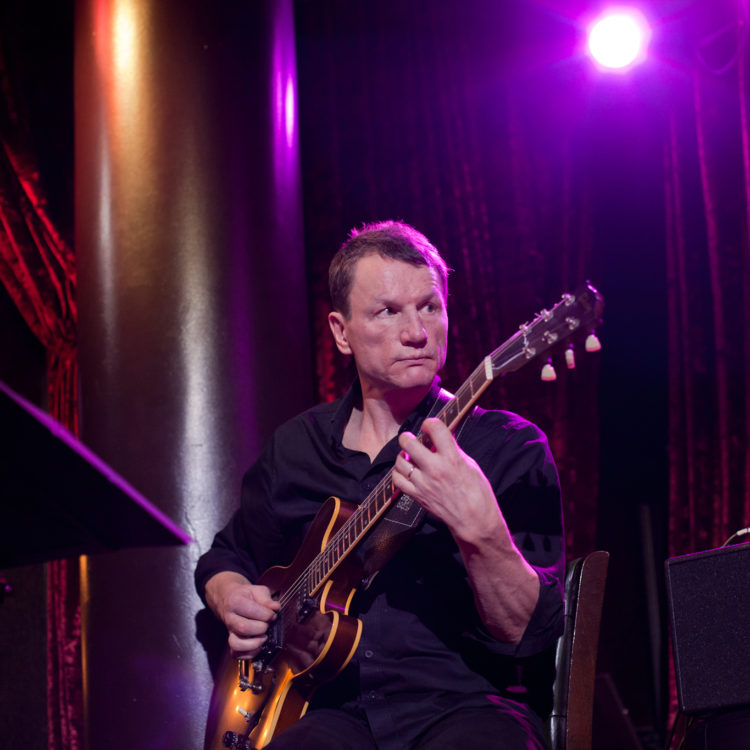 Teet Velling is a multi-instrumentalist (guitars, percussion, Irish whistles) whose adventures around Europe have taken him to play on the streets in France, pubs in Ireland as well as sharing a stage with smaller jazz ensembles in Sweden. After returning to Estonia he rejoined the renown Estonian urban-folk band Jäääär (Ice Warp). Several of this band’s albums contain his contributions.

In the autumn of 2015, Teet Velling’s first solo album Brother August was released. The album is like a musical journey with fresh arrangements and a positive mood where blues, philosophical thought, hints of progressive rock, and even a blow fly suffering from a hangover have their own role to fulfil. Estonian media received the album with resoundingly positive criticism and Ola Bengtsson, guitar teacher at the Royal College of Music (KMH) in Stockholm, described the album as one of the best in a long time with positively surprising arrangements and musical variation. The album features Mart Soo (guitars), Indrek Palu (violins), Marti Tärn (bass), Tanel Ruben (drums and percussion), Tuuli Velling (vocals), and Üllar Saaremäe (voice).