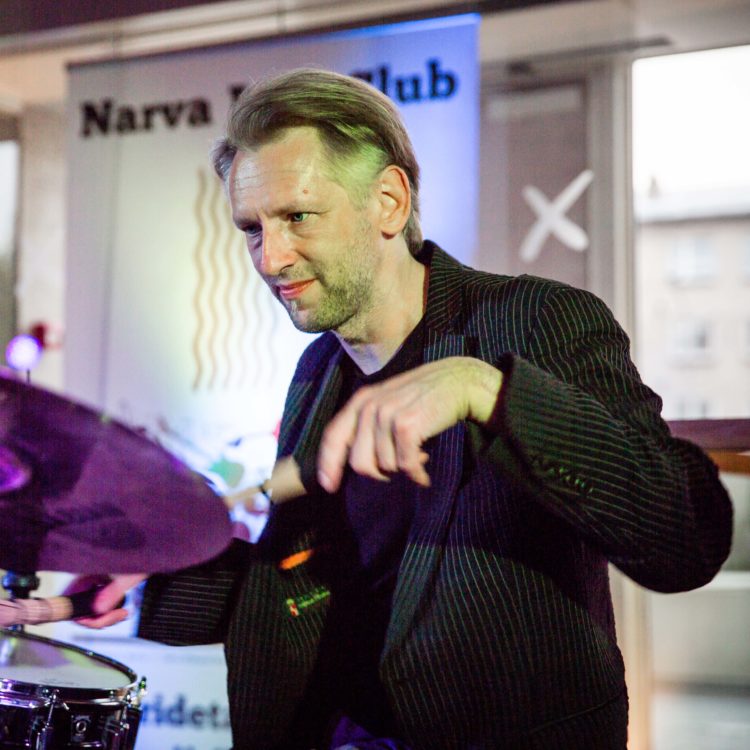 Today, Tanel Ruben has become one of Estonia’s most influential and famous jazz drummers known as an extremely active and versatile musician.

He did not start his music studies with drum lessons, however. Instead, he first became acquainted with the accordion and the double bass in a music class and a music school. Since puberty, Tanel has dedicated his interest and energy mostly to playing drums and composing. As a result, he now has numerous multifarious projects with him being the creative leader. At the same time, he also actively participates in projects and ensembles called into existence by other people in Estonia as well as abroad. Cooperation has brought Tanel together with many different musicians from Europe, Israel, Russia, and the United States. Just to name a few of them: David Liebman, Avishai Cohen, Anders Jormin, Anat Fort, Olivier Ker Ourio, Paul Bollenback, Brian Melvin, Omar Torez, Alexey Kruglov, Jaak Sooäär, Miguel Cruz, Vardan Ovsepian, Jukka Perko, Yasuhito Mori, Kristian Blak, Andrei Kondakov, Sergey Manukyan, Leonid Vintskevich, Raimonds Pauls, and many others.

Tanel Ruben & Victoria: A Sentimental Call (2003) was the first album on which Tanel was both the producer and the composer. The music on that record sought a contact between acoustic jazz and club music. It resulted in an original point of view on nu jazz, which got a lot of positive feedback from the audience as well as the critics.

Hinkus feat. Maarja: Look Around (2005) was the second album again produced and composed by Tanel. Funk, jazz, and soul would be the most accurate stylistic hints to characterise the music on this album. Maarja, or Maarja-Liis Ilus, is Estonia’s most renowned pop star of all times and has been signed with Universal Music.

Tanel Ruben: Kogutud rikkus (Collected Riches, 2008) is the third album where Tanel was the composer, producer, and drummer. Already the album’s title indicates a wider selection of music and a broad approach to life. Whereas Tanel has always been interested in electronic music, it can be said that one can hear a fusion of acoustic and electronic music, the mainstream and the non-mainstream, jazz and non-jazz on all albums produced by him.

Tanel has recorded more than 50 albums.

In April 2008, Tanel was awarded the title of Estonia’s Jazz Musician of the Year – the Elion Jazz Award – which is issued by Elion, a telecommunications company, and Jazzkaar, the international jazz festival. This is the most prestigious jazz related acknowledgement in Estonia.