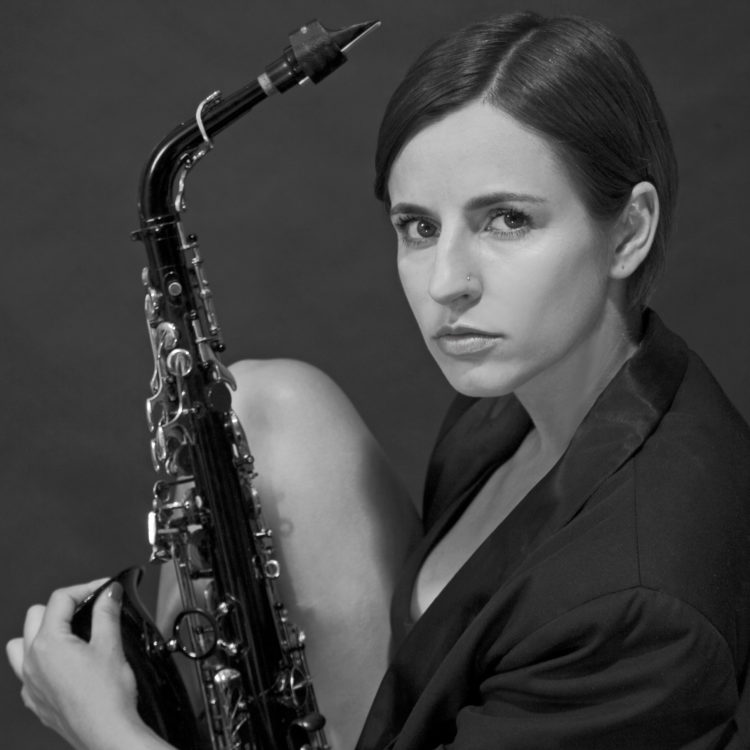 Maria Faust (b.1979 in Kuressaare, Estonia) is an Estonian saxophonist and composer living in Copenhagen, Denmark. She is best known for her work as a composer and an instrumentalist in the fields of third stream jazz, modern big band music, improvised music, and other more alternative musical styles. She is currently releasing music under the labels Stunt Records and ILK Music.

Throughout her career, Faust’s musical projects have gained attention and garnered praise for blurring the lines between various musical styles and genres. More specifically, she is recognised for her ability to create and merge structured compositions rooted in various Western music traditions with contemporary elements such as free improvisation and electronics. Thus, she is acknowledged across many musical fields for her inventive and versatile voice as a composer, instrumentalist, improviser, and band leader. She is also known for her exhaustive research and preparation while composing. Historical narratives from Estonia (especially while occupied by various countries/empires) as well as from her own upbringing have been used as themes. She has also worked together with renowned pop and rock music producers including John Parish (PJ Harvey, Tracy Chapman) and Mark Howard (Bob Dylan, Neil Young).