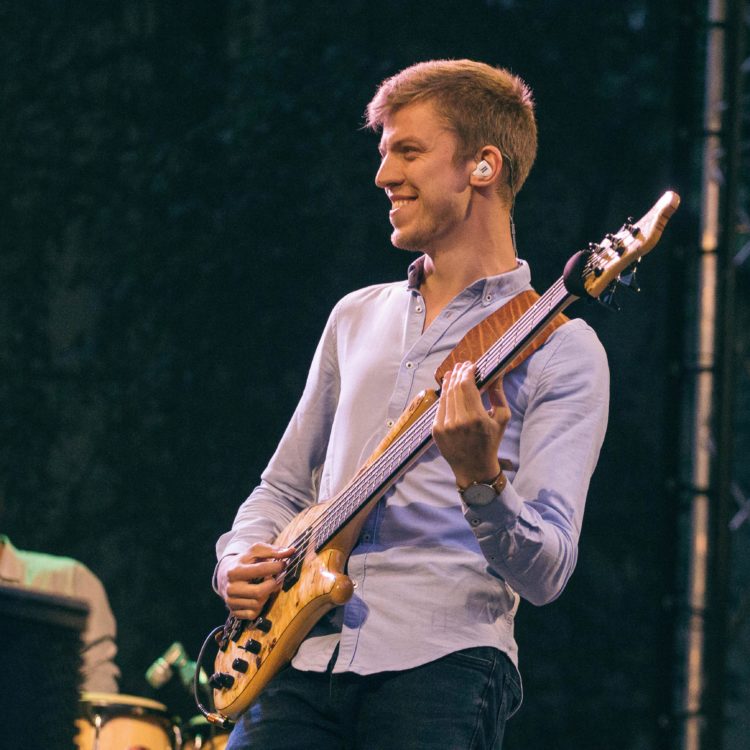 Janno Trump (born 1990) is one of the most valued younger generation bassists in Estonia, he is primarily active on jazz music arena but has played and recorded albums with different pop and rock artists as well. He’s written music for smaller jazz ensembles as well as for big bands and he is also the leader of the jazz-funk orchestra Trump Conception. In April 2017, Janno Trump was given a Young Jazz Talent award by the festival Jazzkaar.

Trump has graduated from Tallinn Georg Ots Music College and the Estonian Academy of Music and Theatre. Thanks to his musician parents, Trump has been involved with music and playing instruments his whole conscious life. He started writing his own music in Tallinn Georg Ots Music College and his compositions have won several awards at Uno Naissoo Competition of Music Composition. One of these recognised pieces – “Torumees” – was selected to the dignified repertoire of “Estonian Jazz Anthology” to be alongside with the top composers of Estonian jazz.

In addition to Trump Conception, Janno supports many other bands with his bass playing. He is actively contributing to the following groups: Linda Kanter Quartet, Funkifize, Lauri Liiv Swingband, Late’s 5, The Swingin’ Sisters & Band.