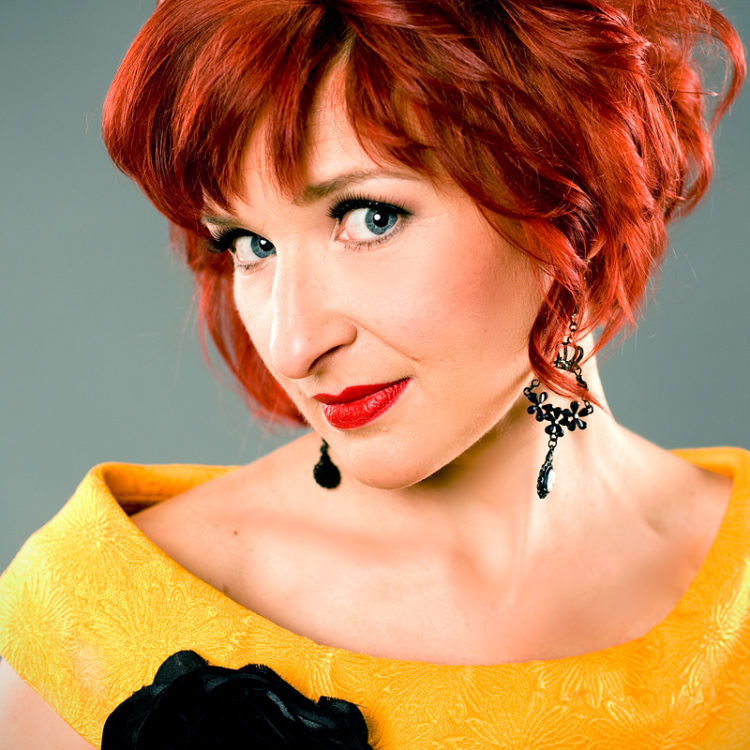 A singer and a songwriter with an original warm voice who has a Musical theatre PG Diploma from the London Royal Academy of Music. She has also graduated from Tallinn G. Ots Music College and the Estonian Academy of Theatre and Music. Her music balances between jazz and pop with a few sounds added from the musical theatre. As she writes and translated a lot of texts, a word is an important tool for her. Her amplitude in music is very wide due to performing with varieties of different bands and musicians as well as being involved in musical theatre plays. Her main bands to perform with are an especially jolly jazz trio KeKuKe with Kusti Lemba (guitar) and Kei Vutt (sax), a big dance orchestra GlamBand, and Swing ‘n Joy Orchestra led by Aivar Vassiljev. She also had a long cooperation with orchestra Bel Etagé and Mart Sander with a result of 5 albums and 2 concert DVDs. Their album Five Fifteen (2006 Divine Arts, UK) was announced as the Jazz album of the week by The London Evening Standard.

Her first solo album Kuni pöördub tuul (‘Til the wind changes) with original songs was released in 2007.