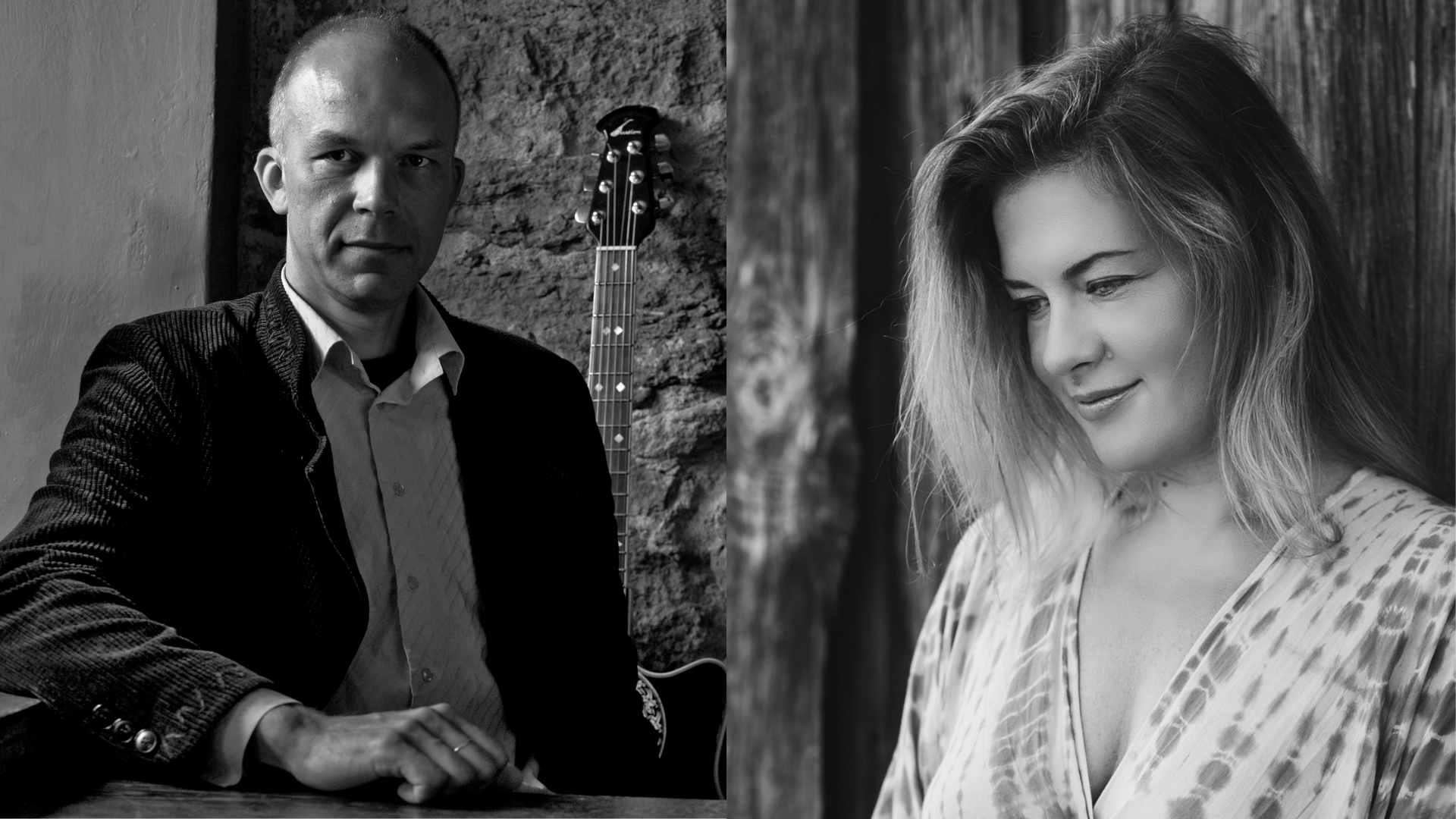 In 2013, Iris Oja and UMA released an album “Peidus pool”, based on Anzori Barkalaja’s poetry. All the music on the album was born in improvisational sessions as a joint creation of the ensemble members, with a significant contribution from Iris Oja who melted poetry texts into melodies.

Duo Iris Oja and Robert Jürjendal offers the audience a sensitive and inspiring mix of their own compositions. Iris Oja’s colorful, wide-ranging vocal is accompanied by Robert Jürjendal’s guitar park and live electronics, which together create a fantastic and orchestral world of sound.

Iris Oja is an opera singer with a master’s degree who is constantly performing on different stages around the world as a soloist and ensemble singer. Workwise, she is closely associated with the founder of the Hilliard Ensemble, Paul Hillier, the former chief conductor of the EFK: Iris sings at Hillier’s International Vocal Group Theater of Voices, she is a choirmaster and singer of Porto Casa da Musica, and also participates in Danish band Ars Nova and Irish Chamber Choir projects. In addition, Iris collaborates with several instrumental ensembles (Resonabilis and Yxus in Estonia and Remix and Ludovice Ensemble in Portugal). Iris loves to sing music of all eras, although she is probably best known for her contemporary music performances.

In fact, Iris went on to learn singing with great interest in jazz singing. The composer brother played the tapes of Ella Fitzgerald and other jazz singers at home and improvised himself for hours on the piano. This also influenced Iris’s musical taste, and she wanted to learn to know her voice and master it as comprehensively as possible. Having learned only classical music from a small age, it was a certain freedom in jazz that Iris had started to miss in her musical career when UMA proposed the first collaboration. For Iris, it was a big leap into the unknown, but also an incredible fulfillment of one dream.

He has created music for theatre productions “Son of Kalev” (K. Laumets) and for documentaries “The Dimension of Man” (M. Kõrver), “The Power of Holding” (R. Västrik), “Lawnswood Gardens” (P. Kuczynski), “Woman and Glacier” (Audrius Stonys), “Come Back Free” (K. Okhapina), and others. With his participation, nearly 50 records have been produced, including three solo discs “Rõõmu allikas” (Unsung Records 2013), “Valguse palsam” (iapetus music 2014), “Lihtminevik” (Strangiato Records 2016). In August 2018, the US record label Albany Records released Robert Jürjendal’s first album of academic music creation with the ensemble Five Seasons. He received the title of Musician of the Year 2016 from the music editors of the Estonian National Broadcasting. Currently, he works as an active freelance musician / composer and lecturer at the Tallinn Music Secondary School and the Estonian Academy of Music and Theatre.

ADDITIONAL INFORMATION:
The concert starts at 8 p.m. The concert is held in Stedingu Cafe. The number of seats is limited.
Pre-sale tickets are available at Stedingu Cafe and tickets can also be bought on-site. You cannot make a reservation without buying a ticket. Ticket price is €5, for free under 12 years
of age.